What to Say When You Want People to Buy 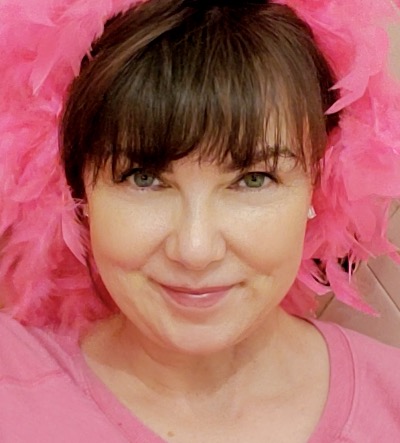 The second skill for a seven-figure income is SPREADING THE WORD. In this episode, you’ll learn the recipe for a marketing message that goes down like a milkshake.

The human brain prefers to receive information in a certain
way. This episode will give you a recipe that makes your audience hungry to
hear everything you have to say.

WHAT YOU’LL LEARN FROM THIS EPISODE:

I’ll also walk you through an example of how I used the three-ingredient recipe in a Facebook Post.

LISTEN TO THE FULL EPISODE:

FEATURED ON THE SHOW:

Welcome to Episode 5 of HOW TO MAKE MORE MONEY, a podcast that helps you get seriously good at the game of making serious money.

I’m your host Kelly Hollingsworth, and I’m so glad you’re here. Today we’re continuing with our discussion of the seven skills that take your business to seven figures and beyond.

If you were with us in the last episode, you know that the first of the seven skills is COMMERCIAL STORYTELLING. This is the most important one. Why? Everyone thinks that entrepreneurship is so risky. 95% of businesses fail within 5 years. We’ve all heard the stats like that.

All of this is solved with the three layers of storytelling that we spoke about in the last episode. When your own experience of GOING THROUGH HELL matches THE STORY YOU TELL and the JOURNEY YOU SELL–when all three layers of story are in perfect alignment, that creates the “click” in your business that opens the floodgates. Suddenly, when no one understood anything about what you were doing or why they should get involved, the tide turns. And clients are flocking to what you do (and the special way that you do it) in the most delightful way imaginable.

Once you have the click, then what? When the message is clear, then you become the messenger. It’s time to spread the word. This is where you get out of your head and out into the world. You become an ambassador for transformation and you share the story about where you’re going and you invite people to join you on the journey.

The question that usually comes up now is, “How do you do this? WHERE do you spread the word?” People want to know. Is it networking? Not so much these days, thanks to the COVID quarantine. So what’s left? Is it direct mail? Cold calling? Email? Social media? If it is social media, WHERE on social media? Facebook? Or is Facebook dead? What about Instagram or LinkedIn? WHERE should I go to let people know?

The answer is, it just doesn’t matter. When you’re clear on the commercial value of your lived experience, because you’ve walked through the fire and crawled over the broken glass to solve a problem in your own life and get to that happy ending, AND you’re clear that you can help your clients get to the exact same place, then you can share ANYWHERE. Why? Because human nature is human nature. We ALL want that happy ending. And when you create and communicate the happy ending to your people, they will go with you no matter where they meet you. In other words, you will find human beings in every one of those places that I just listed. So it doesn’t matter where you go to connect with humans. When you offer a happy ending, humans will join you no matter where the initial connection happened to take place.

So now that that’s out of the way… The next question that comes up, when it’s time to spread the word, is WHAT THE HECK DO I SAY? And the answer to this second question is different than the first. WHERE you say something doesn’t matter at all. There are humans everywhere. But WHAT you say matters a great deal. Why is this the case?

Imagine your high school history class. You’re sitting there in a hard chair, memorizing fact after fact about World War II to regurgitate on the exam in a mind-numbing bout of intellectual bulimia that no human should have to endure.

Now think of the award-winning series Band of Brothers. It’s about World War II. And when you’re watching it, you have things to do. A business to run. Kids who need food. Dogs that need a walk. A spouse who’d like to speak to you at least once a week, and parents who haven’t heard from you in a month. But where are you? Binging on episode after episode of that show. Why? Because it goes down like a milkshake. You can’t get enough, no matter how much you’ve already consumed.

This is what you want your marketing message to do. You want every post, every email, every ad to have people wondering, “What is she saying now? I want to know.” In marketing parlance, we call this “copy that converts.”

How do you create this? If you want to make a milkshake, you put three things in the blender: ice cream, milk, and chocolate syrup. Or if it’s summertime in North Idaho, it’s ice cream, milk and huckleberries. This simple, three-ingredient recipe makes whatever concoction that comes out of the blender go down so easy.

What do you put in your marketing message, to create the same effect? Three things, and I’ll tell you what they are: The first thing in this recipe is useful Information. You embed this in a story of transformation. And you close it out with a special invitation.

Those are the three ingredients in this milkshake: useful information, in a story of transformation, culminating in a special invitation.

It can be helpful to hear an example to see how this actually works. So to illustrate, I’ll tell you about the last post I put on Facebook. I run a Facebook Group for women who want to make more money. it’s called Women Making Money and if you’re one of the female humans who listens to this show, you should totally join that group because we’re doing some amazing things in there.

So today I put a post in that group that contained the three ingredients I just told you about.. For the useful information, I told them that this podcast had launched. Then I told them that, as part of my podcast promotion, one of them was going to win a Louis Vuitton bag. That’s the story of transformation. They’re starting out with no new Louis Vuitton Bag, but they could win one, so their life could change. Last, I extended a special invitation, which was basically the instructions on how to enter to win the bag.

By the way, if you’re listening to this in August 2020, and you’re a female human who wants to get in the drawing to win the bag, you should totally join the group, because the instructions on how to enter are in there. It could be you!

But in any case, that’s how simple it is. Now that you see how it works, let’s break it down and talk about WHY it works.

The first thing is that no one wants information that doesn’t mean anything FOR THEM. When I gave the information that my podcast had launched, I had to include at the very least some tidbit of transformation for how this news would change their lives in a meaningful way. So here’s something to notice. When we are looking for “meaning,” it’s important to know exactly what we mean by the word “meaning.” We mean we’re looking for transformation. We’re looking for change, and not just any kind of change. We’re looking to grow in a positive way and find ourselves in a better place in life as a result. Humans crave this because we’re hard wired for growth. It’s just like daisies in a field. They crave water and sun so they can grow. Humans are exactly the same.

So whatever information you want to convey always should be mixed up in a milkshake of transformation. Every milkshake has a little bit of protein in it, and the fat and the sugar are what make that protein go down so easy that humans can’t get enough. It’s the same with your message. If you’re only providing information—that’s the “meat” in your message–and it’s not embedded in a story of transformation to make it go down so easy, no one will want what you’re offering, except for the hungriest people. Why? because no one will see the meaning behind the information. In other words, no one will care. It will feel like history class all over again. A stream of information, that no one cares about, because they don’t see how it’s going to change their lives. Stories of transformation fixes that. In Band of Brothers, you DO see how the information conveyed can change your life. In history class you don’t see that at all, and that’s why the former is delightful, and the latter is dreadful.

So the first thing to know about why this three-ingredient recipe works to create a marketing message is that information without a story chaser goes down like nuts that you didn’t chew very well. Not pleasant, and not something you’d ever want to do again. It’s painful.

The next thing is the special invitation. Every time you communicate, you should invite your audience to take one step further down the path with you. In the post I just told you about, I was inviting them to go from my Facebook group, that’s one place on the path, and go a little further with me, by listening to my podcast. That will take them even one additional step closer to creating that business that goes to seven figures and beyond. You should do this too. Every time you speak, you should invite your audience to come with you a little further down the path than they already are, so they can get closer to their happy ending.

When you do this, you show your audience that you can help them. Before they’ve even hired you, they can feel things changing for the better. They can feel that motion. They discern meaning because they feel growth that creates positive change. And it’s all because you’re helping them get where they want to go.

It sounds so simple, right? Creating a loyal following that’s making progress and finding meaning in what you do is exactly what you get with the skill of SPREADING THE WORD. It’s the second skill that creates a seven-figure income. It’s so valuable that in Gateway to Seven, my coaching program for business owerns that want to get to seven figures and beyond, we have a group call each week entirely dedicated to the skill of spreading the word using this three-ingredient recipe that I just gave you. We work on the “how” of it, and guess what else? We also coach on fear that comes up from the idea of putting yourself out there. When it comes time to spread the word, that is exactly the point in the journey where fear is at its most intense. So in our next episode, we’re going to talk about the skill you need to dissolve fear. You NEED this skill, because fear has a smell, and it’s not one that attracts people. Far better to dissolve fear than to spread it around and hope it goes away. So please join me for that episode, to hear what that skill is that dissolves fear and makes you unstoppable in spreading the word, and thank you so much for being here today.

This site uses Akismet to reduce spam. Learn how your comment data is processed.